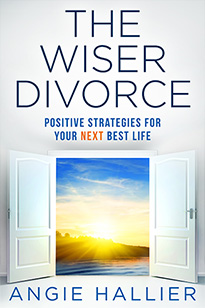 The Wiser Divorce offers keen insights and advice. Hallier forges a new direction for the world of divorce.”

The Wiser Divorce excellently conveys critical divorce subjects. The need to control emotions, focus on the children and have realistic expectations are given the emphasis they deserve.”